Shopping Cart
Your Cart is Empty
Quantity:
Subtotal
Taxes
Shipping
Total
There was an error with PayPalClick here to try again

Thank you for your business!You should be receiving an order confirmation from Paypal shortly.Exit Shopping Cart

Meditation: Great for Both Mind and Body

We’ve all heard the stories about how meditation can be one of the best ways to reduce stress, improve general well-being, and how it can even be a preventative measure against some potential diseases. After all, some groups of monks meditate for more than 10 hours a day and they live happy and content lives. But how do most people view these practices?

While yoga and meditation have both caught on considerably during the past decade or so, it has been hard to find any truly identifiable information that proves the benefits of engaging in these activities. Some recent studies, however, have shown that meditation might not only be good for the mind and brain, but it might also be hugely beneficial for our bodies. 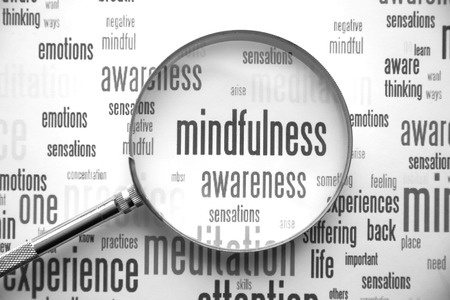 To prove that mindfulness meditation could indeed help the mind and body, a study was conducted with 35 unemployed men and women who were complaining of stress while trying to find employment. According to coverage of the study in The New York Times, researchers knew that to accurately prove that mindfulness meditation was better than other more generic meditation practices, the group was split into two groups. Half of the group underwent a thorough mindfulness meditation program while the other half were brought to a more simplified facility where they were only trained on the basic ideas of focusing on relaxation and distraction from stress instead. Both groups underwent their separate programs for three days.

When the sessions were completed, both groups claimed that they did indeed feel less stressed and worried. However, when researchers performed brain scans, they found that only the mindfulness meditation group showed actual measurable signs of the brain fighting stress.

Four months later, further improvement was shown when blood tests indicated participants in the mindfulness meditation group had lower signs of stress-related markers in their blood. The kicker? Few people from that group were still even practicing the actual meditation. That is how effective it truly was!

There is still much to learn about this process and how to actively perfect it, but the effects speak for themselves. As doctors and psychiatrists continue to determine the practices that are most beneficial to both body and mind, it is clear that meditation is a vital part of ensuring you live a more relaxed and stress-free life.

There are many great paths to a healthier body and mind, and you only need to be open to learning about them to be able to uncover the benefits. At Divine Healing Energy, we can help you improve your health – body, mind and spirit. Check out our site or call us at 902-465-4824 to learn more.

Oops, you forgot something.

The words you entered did not match the given text. Please try again.